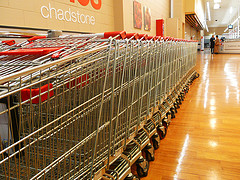 The Office for National Statistics released household expenditure figures for 2010, broken down into weekly averages across the UK.

If you’ve ever wondered where your money goes and why you never seem to have any left, then this report might provide a very big clue.

Second highest category of expenditure was housing, fuel and power, which increased to £60.40 per week.

Households in rural areas averaged a higher spend than urban areas – due mostly to transport costs.

Total weekly costs on average were £474 per week, with rural households paying out an average of £506.30 per week.