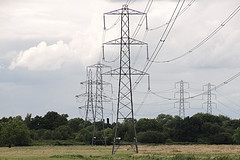 And it gets even better as Association spokesperson Muriel Watt reveals that the figures don’t include the cost of transmitting/transporting the grid energy to where it’s needed. Solar energy is usually used at source.

The achievement of equal price comparison is referred to as grid parity.

And it can only get better value as the costs of fossil fuel derived energy is expected to continue growing, much like the recent energy price rises in the UK.

It’s another excellent argument for installing solar panels now, whilst the UK Government’s tariff’s are at their highest.

Lower production costs coupled with greater generating capacity, could see a larger reduction in the tariff’s than was originally planned, so the time to act is definitely now.