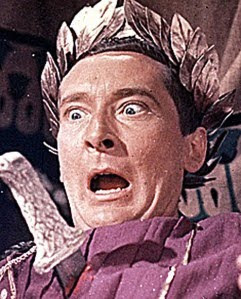 “Infamy, Infamy! They’ve all got it in for me” the brilliant line uttered by Kenneth Williams in Carry On Cleo might well apply to the worrying plight of the Renewable Heat Incentives scheme as originally announced by the former Labour Government with a planned starting date of 2011.

However, industry watchdogs reveal that the new Government is being worryingly quite over the RHI’s future.

The RHI is basically a subsidy scheme for renewable heat technologies and the homeowners, schools and businesses that install them – a bit like the feed-in tariff system in place for renewable electricity generation.

Now the lack of a firm yes or no as to whether the scheme will go ahead, coupled with the recent and sudden closure of the Low Carbon Buildings Plan aimed at helping the Department of Energy and Climate Change to meet it’s own departmental budget cuts, is leaving many installers and potential customers in limbo.

Indeed, many installers are citing the fact that they cannot accurately advise their customers on whether the Renewable Heat Incentive scheme will go ahead and that as a result, those customers are installing traditional heating boilers etc.

You can read a much more in-depth report on the issue and its effects on both installers and home owners by visiting New Energy Focus.

UPDATE: Since writing this post, I came across a copy of a Government response to a question asked by Michael Fallon MP of the Secretary of State for Energy and Climate Change on what his plans were for the RHI scheme…. Here’s his reply:

“The Government are committed to increasing the amount of renewable heat in the UK; this is a crucial part of ensuring we meet our renewables targets, cutting carbon and ensuring energy security. We are currently looking at the renewable heat incentive (RHI) proposals. Clearly there are benefits to the scheme, but we must also consider the impact of the costs, particularly given the financial constraints we must work within and the potential impact that funding options could have on vulnerable people. We are aware that there is uncertainty in the renewable heating industry and want to provide certainty and clarity as quickly as possible, but must make sure that we make the right decision. We will look to make an announcement on the future of the proposed scheme as soon as possible“. Read the full question and scenario at Ownergy.co.uk.

This post was prompted by a homeowner feedback who felt that he was being miss-led by a solar panel salesman when the salesman started discussing the savings the homeowner might expect to make once the RHI scheme was operational. The homeowner thought the scheme was in fact cancelled.

Well not quite cancelled yet but I’m sure the renewable heat industry (and those that have already gone ahead with their own installations)n will be hoping some form of incentive to homeowners and businesses to install a renewable heat source will be confirmed shortly.