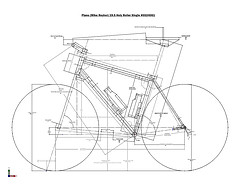 Having already increased the walls thermal efficiency by 7 or 8 times, and replacing the glazing, they’ve just finished the installation  of a new solar (PV) panel system on the 5 storey roof.

The new solar panels, which feature a clever cylindrical pv system, capture more of the available light directly, increasing the efficiency of the panels. It’s one of the first installations of its kind in the UK.

The 20kW system comprises of a 100 separate panels and will generate power equivalent to the typical use of 6 houses.

The new PV system will reduce ADG’s electricity bill by 70%, with surplus power reducing costs of the buildings other tenants.

One thought on “Architects in Plymouth save 70% with solar”