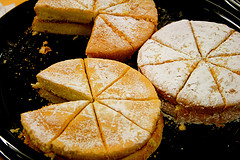 The Guardian’s environmental section reported a study into take up of micro generation in the UK had revealed a 900% increase in solar generated capacity, since the feed-in tariffs came into force.

Analysts believe many homeowners waited until the tariffs came into force before planning an installation.

Micro-generation in total has grown by 400% since the tariffs were launched in 2010.

A total of 44,460 separate installations have applied for the tariffs, which help those homeowners and businesses re-coup their instalment investment over a much quicker period than would have normally beed possible.