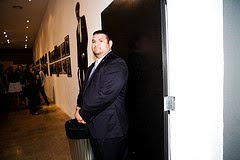 Even if you’re not a tree hugging environmentalist, you can’t have failed to notice that much of the energy headlines are being dominated by the push for renewable forms of energy production.

The Governments practically ramming solar energy down homeowners throats with pay back tariff incentives, which has also caught the eye of investors, who’ve started offering free solar panels, in exchange for the homeowner renting out their roof to the installation companies.

But there’s more to renewables than just solar.

These large scale (and small scale) producers are critical if the UK is to meet it’s carbon reduction targets – agreed limits with the rest of Europe with a strict deadline (which looks every further in jeopardy).

However, all is not well.

The Birmingham Post revealed how nearly half of all on-shore wind turbine installations were turned down at the planning stage last year – the exact figure being 48%.

This is a significant and worrying increase from the 33% rejected in 2009.

Most of the rejections stemmed from public opposition to what is seen as an unwelcome blight on a local landscape.

Now a commercial law firm has warned that ‘Town Halls’ may not be seeing the bigger picture, when upholding local interests and denying wind turbine applications.

Development companies are not lying down though, concerned that they’re not getting a “balanced hearing”. “National interest is being over-ridden by local concerns”.

What do you think? Have you recently fought to get a proposed wind turbine application refused? Should all turbines be sited off-shore?