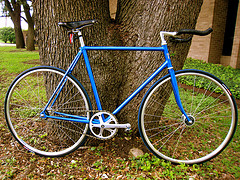 Could 2011 be the year of the environment (with regards home improvements)? Lets look at the evidence.

It’s all to do with surface water drainage – particularly where land was previously grass or of a porous surface, which rain could soak away through naturally. Planners and environmentalists have realised that the trend in installing new driveways (given the increase in average family car ownership), has caused all sorts of problems for local councils – namely – how to get rid of surface water during heavy rainfalls.

Expect to see an even wider choice of permeable and semi-permeable driveway surfaces.

Renewable Energy.
The much talked about Renewable Heat Incentives programme should begin in 2011 to back up the existing Feed-in Tariffs for renewable electricity generation. The RHI will reward those micro installers of renewable heat sources like hot water solar panels and ground source heat pumps etc.

This is good news for homeowners as well as installers who’ve had to wait for a market that was itself, waiting to see if the RHI would even go ahead.

The will they – won’t they drama unfolded as we neared October’s spending cuts announcement by the Government.

Fortunately, the RHI and the present Feed-in Tariffs escaped the cuts and homeowners and micro generation installers alike, breathed a sigh of relief. There have been over 10,000 solar panel installations carried out on UK Homes during 2010.

Double Glazing.
There’s very little point in generating renewable heat and power if it’s all going to leak out of your house like a sieve. With over 47% of the UK’s energy used for heating, it’s imperative that we start to reduce the amounts of energy it takes to heat our homes.

One very positive step is to install a-rated double glazing. This glazing is so efficient at keeping the heat inside your home in the Winter, whilst allowing natural sunlight to enter during the Summer, that homeowners who’ve already had a-rated glazing installed have reported condensation and frost forming on the outside panes of their windows and doors.

Staying in.
A major retail fraud prevention company has analysed data from the Easter holidays (2010) and reckons there was a 60% increase in the number of DIY related online transactions in the run up to Easter compared with 2009. The typical value of each transaction also increased, as homeowners it seems shunned holidays and spent more on their own homes, by £112 to £365 per transaction.

In the US, the rise in home improvement purchases over the Internet rose by 44%, although there was a slight drop in average transaction values.

The analysts reckon the trend towards having purchases delivered rather than doing battle with other shoppers on busy bank holiday weekends was a major factor in the increase of online activity, where shoppers took advantage of online discounts and special offers.

Think of all the car emissions that were saved in this one shopping activity alone.

They concluded their study by saying that the two most popular home interior activities were kitchen remodelling followed by bathroom remodelling. A surprising surge in the popularity of storage furniture prompted speculation that many homeowners were re-organising their existing living space rather than moving. Will we see the same in 2011?